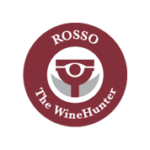 Varietal origin: originally from the Gironde area of the Bordeaux district, it was mentioned in ancient times by Columella and Pliny, and described in detail in 1785 by Montesquieu’s son, Secondat, who called it: “a perfect wine”. It has been grown in Italy since the end of the 19th century. Recent genetic tests confirmed that it originated from a cross between Cabernet Franc and Sauvignon Blanc, and it has expanded so widely at international level thanks to its capacity to adapt to the most varied climatic conditions, maintaining its identity and expressing the terroir to the full.

Vinification system: in red at a controlled temperature

Malolactic fermentation: prevented through the cold.

Exclusive Viticultural Practices: defoliate the vineyard exclusively on the east side, before veraison. It can also withstand higher yields. One of the later varieties, a lot of attention must be paid in high altitude areas or in very vigorous soils.

Exclusive Oenological Practices: at the end of the f.a. which takes place between 28-30 ° C, a prolonged maceration is carried out, lasting about a month, in order to benefit from the extraction of the noble constituents contained in the peel.

Vinea Domini the nobles of Lazio